Behind the wheel at Kenny Waste Management

Do you have a driving ambition? If you’re considering a career behind the wheel, here’s a bit more about driving for us at Kenny Waste Management – from someone who really knows.

Peter Hughes has been a driver at Kenny Waste Management for 15 years. Film-maker Mike Hyde got up early, and caught up with Pete on a typical day (although as Pete points out, there’s no such thing as a typical day when you’re out on the road…).

Pete’s working day starts early – he’s left the house by half five, brew in hand. He carries out his checks, and then he and his vehicle are on the road by six. He’s qualified to drive Kenny Waste Management’s other wagons; however, his usual job is delivering and collecting our fleet of skips.

His hours are covered by EU driving regulations and monitored by tachograph. This means that Pete and his fellow drivers have to have a forty-five-minute break after four and a half hours, divided into a morning and afternoon shift. These shifts take the team all over Greater Manchester.

For Pete, there’s much more to the job than delivering and swapping out skips. He emphasises the importance of being pleasant to the clients (“we don’t want to lose customers, do we?”) and always tries to maintain his high standards of courtesy.

These clients vary greatly. This particular shift started with a residential customer; however, Pete also delivers to the construction site at Manchester Airport, where we have a ten-year contact. Jodrell Bank is another one of Pete’s regular routes. As Pete told Mike, no two days are the same, and that’s one of the things he likes about his job.

He also likes the family feel of the company, explaining how company founder Ted once came to visit him in hospital – something Pete feels most MDs wouldn’t do. “We all work together as a team.”

Pete often gets the job of taking the new starters out on his shifts. He reckons that new drivers have the hang of the basics after about a week, but they still find the scope of Kenny Waste Management’s services mind blowing.

Pete himself is impressed by how much the company has grown during his fifteen years with Kenny Waste Management. Due for retirement in about four years, he tells Mike that when he stops work, he’ll look back on this expanded company and think “I was part of that.”

Like Pete said, the company keeps growing – and so, we’re after more drivers to keep up with demand. If like Pete, you don’t like the idea of sitting at a desk all day, and would rather be behind the wheel on Greater Manchester’s roads, please get in touch with us. You’ll meet lots of different people on some really interesting sites (watching the buildings go up at Manchester Airport has been especially fascinating), and you’ll have the joy of driving one of our well-maintained wagons.

We provide apprenticeship opportunities for school leavers, and support colleagues through their HGV driver training and qualifications. We also believe in giving people a chance through our Driving Change programme; if for whatever reason, you’ve found it hard to find work, come and talk to us.

As Pete says of his employers, “they’ll see you right.” 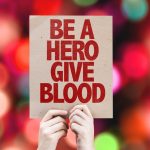 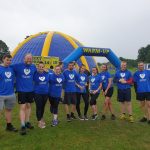