Kenny Waste Management are delighted to be partnering up with Leigh Centurions as kit sponsors for the coming season.

Based 7 miles away from our waste processing facility in Little Hulton, Leigh Centurions were one of the first pioneers of Rugby League and a founder member back in 1895. The club plays their home games at the Leigh Sports Village Stadium, which was completed in 2008.

Leigh recently submitted a 430-page booklet to back up their bid to join the sports premier competition, the Super League, for the 2021 season and we are delighted to hear yesterday this has been awarded and are now members of The Betfred Super League. 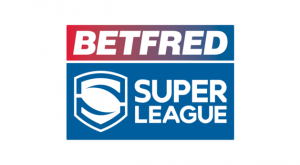 Their endeavours towards excellence are something that we, here at Kenny Waste Management also mirror. Therefore, we are incredibly excited to be teaming up with a club that reflects our own values so strongly.

Our Managing Director, Neil Mackey said he was looking forward to linking up with Leigh Centurions. He said: “It’s a real honour to be asked to sponsor Leigh Centurions and a real pleasure to be able to do it.’’

“It’s not just the links between the club and people in the town, I take particular pleasure in supporting my pal Aaron Adams in his efforts at the club. At school in Leigh, I was a keen player and I can remember passing many a cold, rainy, great afternoon, mudding up and scrumming down alongside my old school mate. Over the years, we’ve each taken our own path, but happily met up again in later life and discovered many synergies between our respective businesses. All those years later, it’s good to stand alongside my old friend and support the game and the traditions of this great club.”

Leigh Centurions Director Aaron Adams said: “It is fantastic news that Kenny Waste will be supporting the club next season. Kenny Waste are market leaders in their field and are a nationally recognised brand. To have them take their place on the playing kit is a fantastic boost for the club.

“Neil Mackey, their MD is an old school friend of Derek and I and it is great that our businesses have brought us back together to support Leigh Centurions. I sincerely hope that 2021 is the start of a long a fruitful relationship between our organisations that will see success both on and off the field.”

Everyone at Kenny Waste Management is looking forward to seeing how Leigh Centurions fare in the upcoming season and remain hopeful that the club will repeat their successes from seasons gone by. We will continue to look for ways to support a team that is at the heart of our local community. 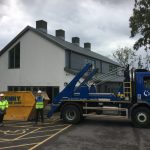 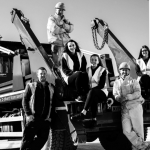